Jeans were known in the United States and Europe and it is unavoidable that when the late Qing Dynasty Republic of China, the fashionable study abroad people liked it, they would bring it back. Who knows, and there’s no proof. Nevertheless, jeans are really common among the public in China, but this happened after the reform and opening up.

For so long, ordinary people used to wear plain and simple “Balaji”, as well as various Lenin, tunic, green uniforms, and blue-grey overalls… however for those pants, the pants are tight, and the trousers are open and lengthy. The trousers that crossed the land and represented the “bourgeois lifestyle” have already heard about it.

The Jeans’ entry into China

In the year 1978, after the reform and opening up, a lot of new things came in, and jeans started taking over China. China’s first jeans brand is not from the United States, but Hong Kong’s “Pingguo.”

In the year 1979, Shanghai TV broadcasted the first commercial advert for jeans. At the time, the announcer was still reading the “Cowboy (pronounced ‘child’) pants. In the 1980s, “Pingguo” went to Beijing. Those who cannot purchase it will use the cloth to do it themselves. In Jia Zhangke’s “Stand Platform”, the protagonist desires the mother to covert the ordinary pants into the shape of the bell-bottoms according to the style of the jeans brought by the relatives. There was no denim fabric, and the outline is also good.

In 1979, Continental TV began to broadcast “The Man at the End of the Atlantic”. The protagonist Mike wore glasses and wore narrow-necked flared jeans. This “wood from the Atlantic” led to the trend of Chinese young people. The object that everyone imitates.

In the year 1980, the first kiss of the new China’s “Love in Lushan”, the female owner Zhou Yu also wore jeans to shoot posters. At that time, it suffered from the “bourgeois lifestyle”, but the mainstream has become inescapable: jeans are synonymous with youthful fashion. 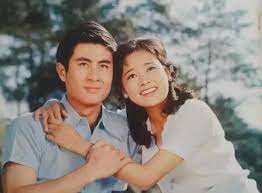 Adoption of Jeans in China

Most importantly, the color light blue can be really different from the traditional black and white ash, military green, “devil smashing products”, in the crowds and conspicuous and full of personality. Moreover, tightly wrapped jeans can be described as a “death squad” that was awakened by body consciousness. The curve was not hidden in the fat military uniform or overalls. The behind was two-pedal, the thighs are powerful, round and the trousers are designed in big pants. Youths can be gorgeous.

Young people are obsessed with jeans and were even risen to “politically incorrect”. This was considered to be “blindly imitating the Western bourgeois style of life.” Youths with long hair, big horns, mustaches, gauze shirts, and tight-fitting trumpet jeans on the street will be called “second-rate”. Impressively, there will be a pair of “scissors” picket teams on the street patrolling every day to “walk the sky” and see the pants cut and cut.

To this end, “China Youth” issued a “Talking Guide – Talking from the Hairstyles and Pants of Youth sat the end of 1979 to support young people: “The length of hair, the size of the trousers and the quality of thoughts and there was no avoidable connection.

However, the first group of people wearing jeans required a lot of courage. But, this kind of rebellious spirit is exactly carried by jeans. It has not changed its flavor in China. It is also very suitable for the bold attempt and thought in the early days of reform and opening up. With the ambiance of liberation, it is not surprising that jeans soon became fire in China.

A lot of the unfamiliar ties will in time be assimilated by fashion, and jeans are the same. No matter how many people sneered at it at the time, they can’t stop jeans from being accepted under the development of commercial civilization, and they are approved.

The Jeans’ popularity in the Chinese Manufacturing Industry continues to grow.

China started the business of jeans. In the late 1980s, Chinese clothing companies began to pick up jeans. The denim textile and apparel business in Xintang, Guangdong, the hometown of Chinese jeans, began in the 1980s. It is narrated that “every third of the jeans sold in the world are from Xintang”.

According to Cotton Incorporated, only about 1% of jeans born in the United States are locally manufactured. As early as 2009, most American jeans factories were closed, and the production line was transferred to China, Mexico, and Bangladesh, and now to Southeast Asia. Nowadays, China has become the world’s jeans production center and the largest producer of jeans. It was only a matter of decades. Jeans can be said to have witnessed the miracle of Chinese manufacturing.

However, this is not the fault of the jeans. Low-end of the industrial chain, worker protection, and working conditions, pollution control, industrial transformation. From the trouser legs of jeans, we see not only its fashion charm, commercial value, but also the social reality behind it.

Since the birth of jeans more than 100 years, it is difficult to find a second thing that can be popular like this for a long time. It spreads from the western United States to the east, then across the oceans, to the Eurasian continent, into China, and then from east to west. It can’t be said that it is fashion, business, civilization, or sin, but the only certainty is that it will continue to be popular in various forms. “Jeans have become this neutral foundational garment. Says Miller.