Many Americans wear jeans for many different reasons. Let’s first go back a little to memory lane before the 1970’s jeans (denim) were considered to only be working clothes for manual laborers like cowboys, construction workers, ranch hands, dock workers, the American West, etc

But since then things have changed people wear them because they are casual, comfortable, and convenient. One can say it’s part of the culture. When worn people are relaxed and leisured. One can wear them to the parks to go shopping or to go for hikes in nature. Also many wear them to formal occasions if they can get away with it. Sometimes they are even worn to work for those companies with casual Friday policy. 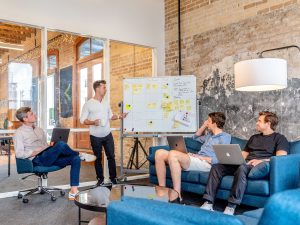 They (denim) are practically a typical cloth for many Americans. In the twelve months ended in February 2019, 364 million pairs of women’s jeans were sold in the United States and that’s only for women. It’s estimated that on average seven (7) pairs of jeans are owned by each American of which the current population is estimated at 331million  people as of mid-year 2020 according to UN data.

All in all many would say there is no clothing quite like jeans (denim).  Go to https://denimshine.com to shop for some Jeans.